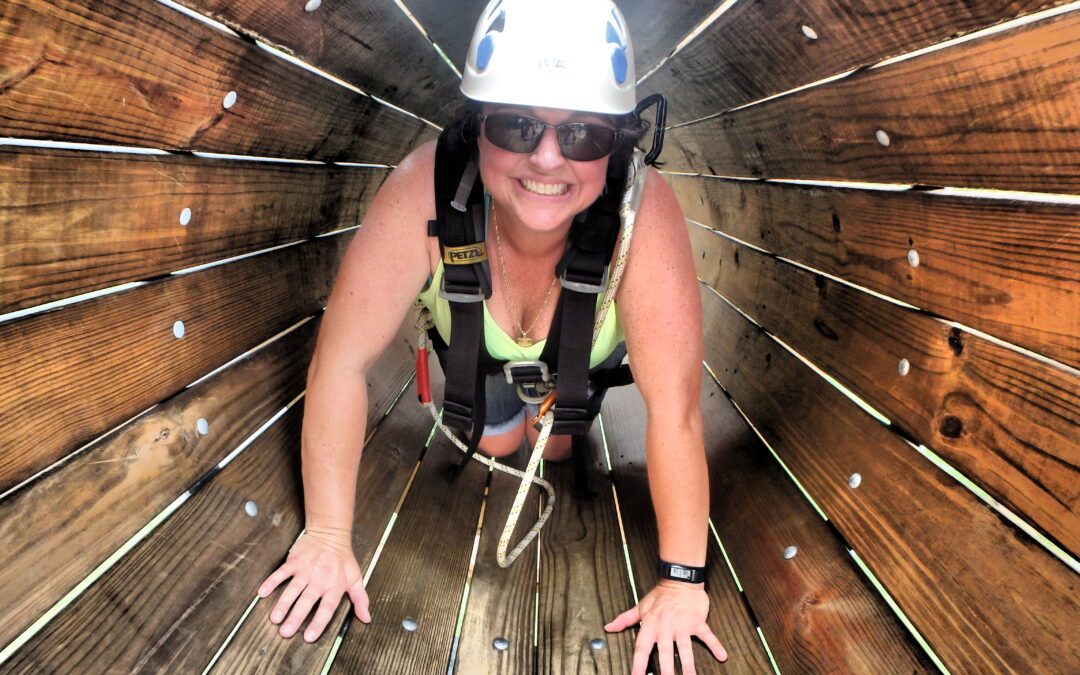 Just this past summer I walked in to find out how my crew and I could get our Kayaks taxied up the river for a glorious day of paddling. I walked in and there was a familiar face. With a cheerful voice this young lady asked, “Are you the Ha Cha-Cha lady”? I responded, “Well, yes I am.” She had been in a group I had led a few years before and had remembered Ha Cha-Cha.

Now at first the participants looked at me like “What did she say?” There was even a comical side glance shared between a few suggesting they thought I had finally lost my connection to reality. Perhaps some thought I was breaking into a song or chant and were concerned that they were going to be asked to sing or chant as part of our next activity. But then, with my encouraging smile and slight tilt of my head, I asked again, “Ha Cha-Cha?” And they replied with smiles and enthusiasm, “HA! Cha-Cha”.

I had found my phrase, my connector, my “What’s up Doc?” but, even then, I was not fully aware of how impactful “Ha Cha-Cha” can be.

Paul C. Gorski states in an article on how to “Avoid Facilitative Pitfalls” that it is important to develop strategies for dialogue closure. It is encouraged that an expert facilitator not wrap- up the conversation for everyone with some abrupt statement like, “Okay that’s done, moving on,” or the ever abrupt and rude “Next!” Rather, find a way to draw the dialogue to a close with a” final question, short activity or commitment to action”. Well, there you have it.
Ha Cha-Cha.
By asking “Ha Cha-Cha?” you have simply said “Does anyone else have anything to add?”
At the same time, you’ve invited questions about what was just experienced. When the group responds with a declarative “Ha Cha-Cha” you now have permission to move on because understanding has been accomplished. There is your final question” and because the group responds with its own Ha Cha-Cha you have performed a short connecting activity. But what about the commitment to action?
Simple, I look the group right in their eyes, raise my eyebrows and in my true Shannon Bond Manner say with enthusiasm and a celebratory lilt “Oh, HA’ Cha- CHA” which is, of course, an unmistakable declaration of success.
Walter Cronkite says, “That’s the way it is.”
George Burns says, “Goodnight, Gracie.”
Looney Tunes says, “That’s all folks.